Raised in Worthing, famed for its elderly residents and seaweed problem, Chris Challoner’s first exploits into music were funded by the stealing of corn from the edge of harvested fields, only then to sell to old chicken farmers.

A life in the liberal arts drew his attention away from his love of music, which was – until that point – just a foolish hobby.  Working as a model-maker, mushroom-picker, film designer and dinner lady, it seems that the paths of passion and drudgery would never cross… until a chance meeting with the firm Soundgas opened up a new life in music.

Now based in the hills of Derbyshire, Chris Challoner works with synthesisers and studio equipment, repairing them and squeezing new sounds from their leaden circuits that would surely make those old chicken farmers blush. 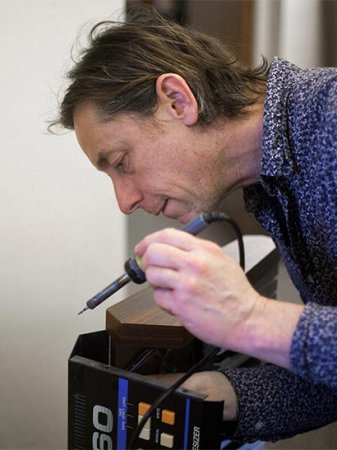